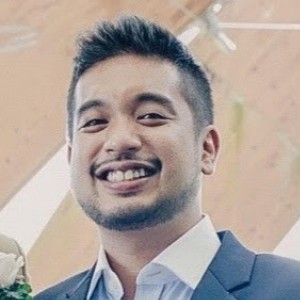 5 Successful Clothing Brands to Learn From

When thinking about how to start your own successful clothing brand, many people look to the clothing brands they like for inspiration.

This can be a good starting point; but don’t look at what these brands are doing now, look at how they started out.

There are valuable lessons in seeing how these brands broke into the market and how they grew to become what they are today. We take a look at how five successful clothing brands started out. 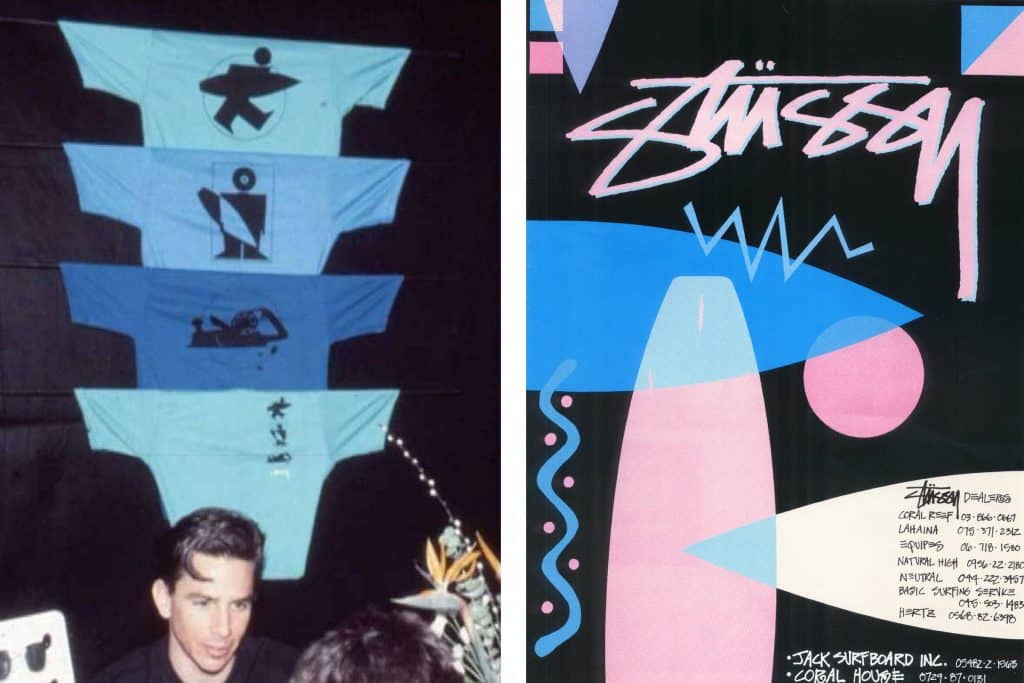 Shawn Stüssy, founder of brand, Stüssy started the business from customizing surfboards. By 1980, he built a reputation for himself as an adept and innovative surfboard shaper that made high quality boards.

But it wasn’t just the shape of the surfboards that got people to take notice; Shawn had a creative eye and painted the boards with punk, reggae and new wave-influenced graphics that made these boards really unique.

To promote these surfboards, Shawn also made graphic t-shirts and sold them under the Stüssy brand – some of the more notable designs being the ones with his last name emblazoned on them, in a distinct handwritten style type.

He also created other basic pieces on top of the logo-driven tees, which was the brand’s direction for apparel at a time when surfers dressed loud. 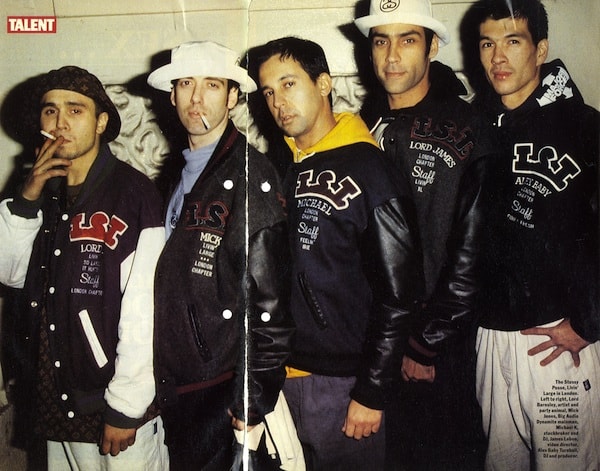 Shawn’s work in both surfboard shaping and clothing was so different from what existed in surf culture at that time that it created a new wave of style within the scene, which eventually extended outside of it into streetwear.

In the mid 80s when people wanted to move away from flashy styles, Stüssy became their go-to brand. Their simple, minimal clothing started to become a trend for what people chose to wear outside of the beach and on the streets. 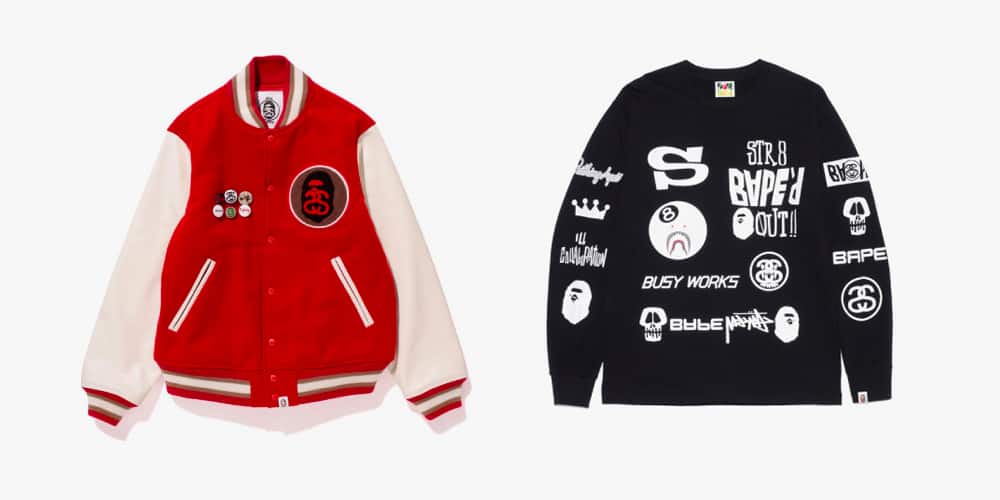 Their business grew from there and eventually led to the opening of Stüssy’s first store a decade later in 1990, which was when people really started to take notice of the brand’s impact on style and youth culture.

Today, the business is 38 years old and even termed as “The Greatest Streetwear Brand Of All Time” – Bobby Hundreds, founder of streetwear label, The Hundreds. 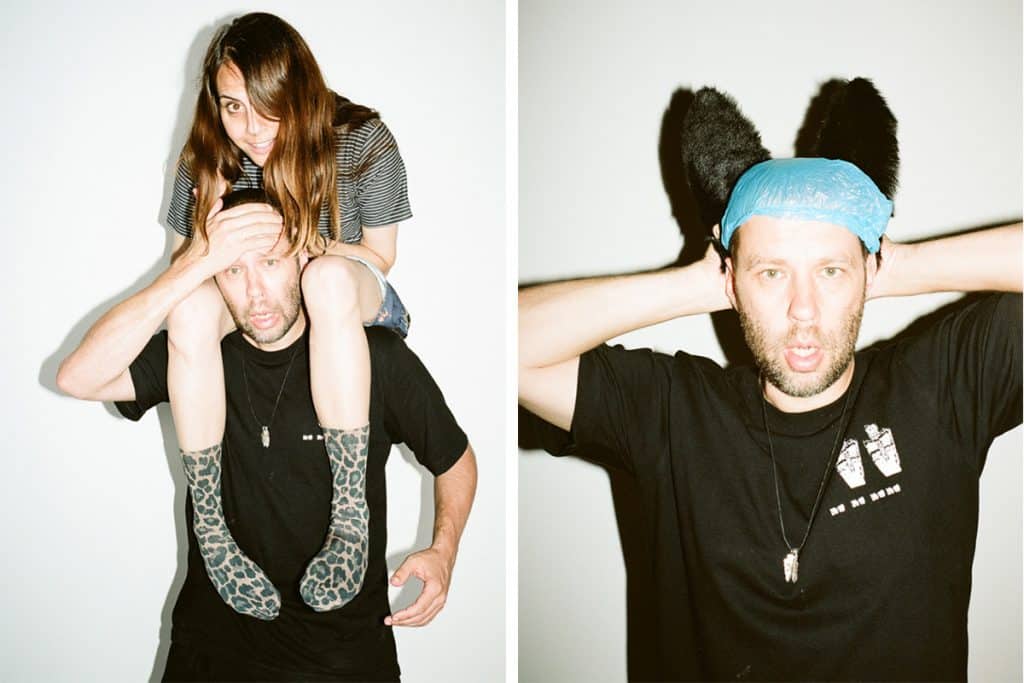 Internationally renowned cult label P.A.M (Perks And Mini) was founded in 2000 by husband and life duo Misha Hollenbach and Shauna Toohe. Established in 2000 in Melbourne, Australia, the label took its name from Mischa and Shauna’s graffiti tag names.

P.A.M. is distinguished by their distinctive graphic style and the attention paid to detail and construction of their products. With its mixture of street culture and high fashion while constantly pushing the boundaries of contemporary clothing culture, the P.A.M. label has rapidly attained cult status in the international market for men’s and women’s fashions.

One of the first to take notice was Sarah Andelman, co-founder and creative director of Parisian retail juggernaut Colette, who was the first to snap up their inaugural collection and has stocked every collection until the stores closure in 2017.

The pair say meeting with Sarah during their European honeymoon was key to the brand’s international success. It sells 70 per cent of its men’s collection and about 50 per cent of its womenswear to overseas customers through about 70 stockists in countries including Italy, Mexico, Japan and Germany and at some of the world’s most innovative stores including LN-CC in London. 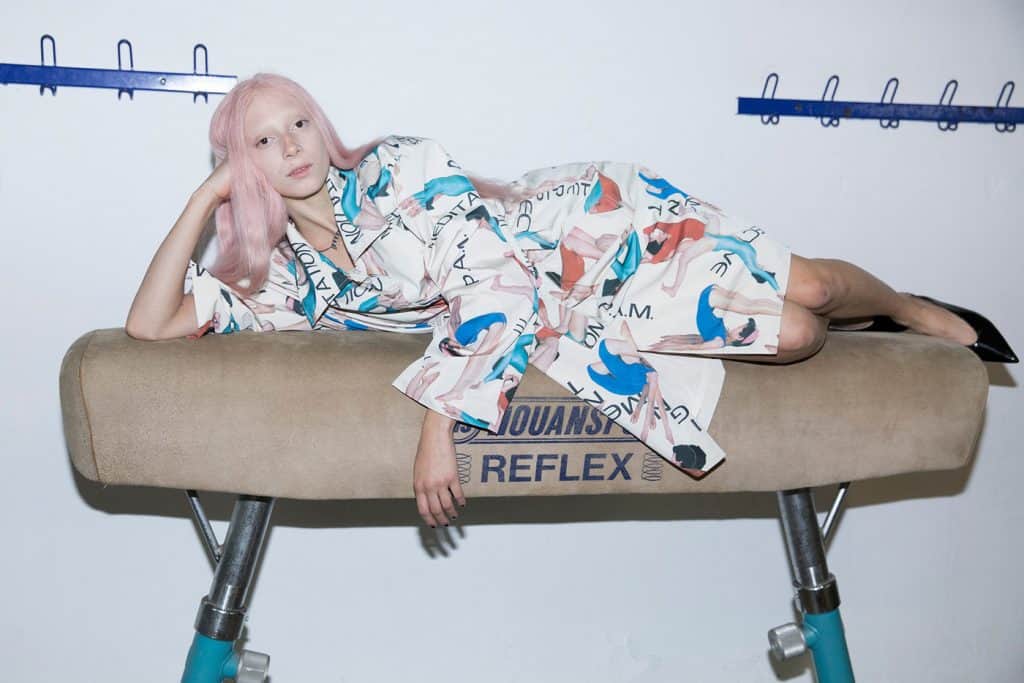 P.A.M. has a focus on collaboration at its core, with an extensive and multi-disciplinary art and design approach involving a whole range of artists, fashion labels, and stores around the globe, such as Carhartt WIP, Ed Templeton & avant-garde fashion designer Jun Takahashi of Undercover.

PAM has also collaborated with the likes of Nike, Disney, Stussy, Masterpiece, DFA & Mash SF with their clothing line, and have a subsidiary publishing house PAMBOOK, having published the likes of Joseph Szabo, Mark Borthwick, Albert Oehlen and Barry McGee. 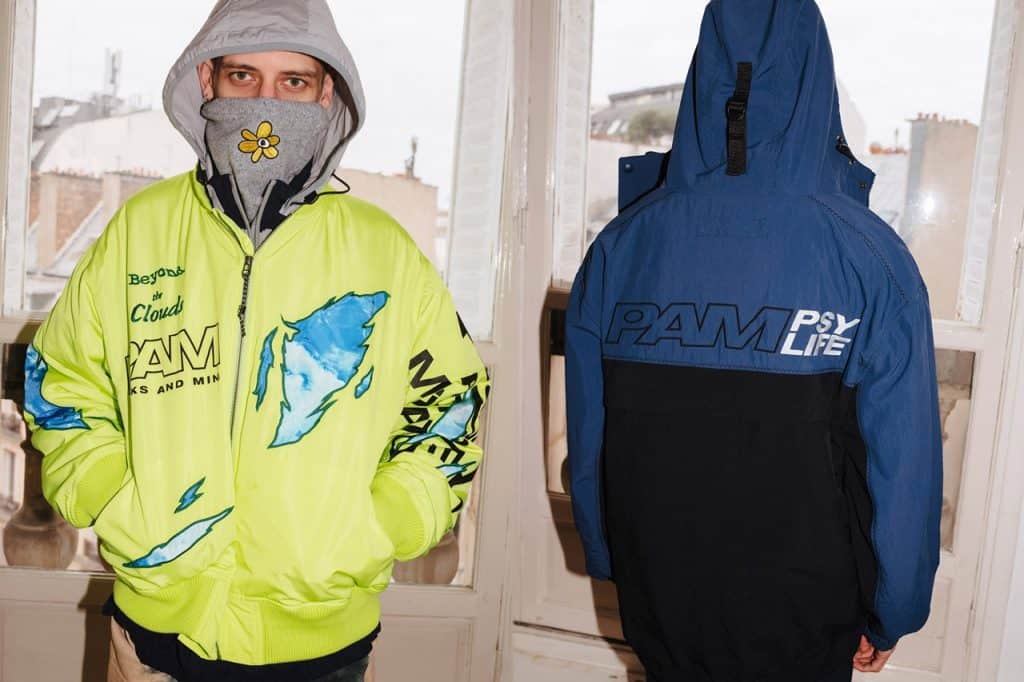 One interesting thing about P.A.M. is that they refuse to be deflected by economic success or business goals, for their interest is in personal development through constant learning and exploration. It can be said that their longevity and relevancy in the business of fashion can be attributed to their dedication to what they like doing. 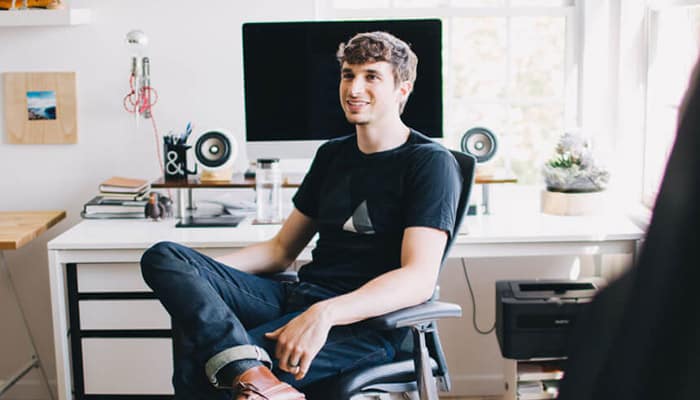 Lifestyle brand Ugmonk launched in 2008 with just 4 designs and 200 t-shirts. Founder Jeff Sheldon started the label as a side project to design t-shirts for himself, while holding a full-time design job. These t-shirts were minimal in design and typography-centric as these were his personal sources of inspiration. 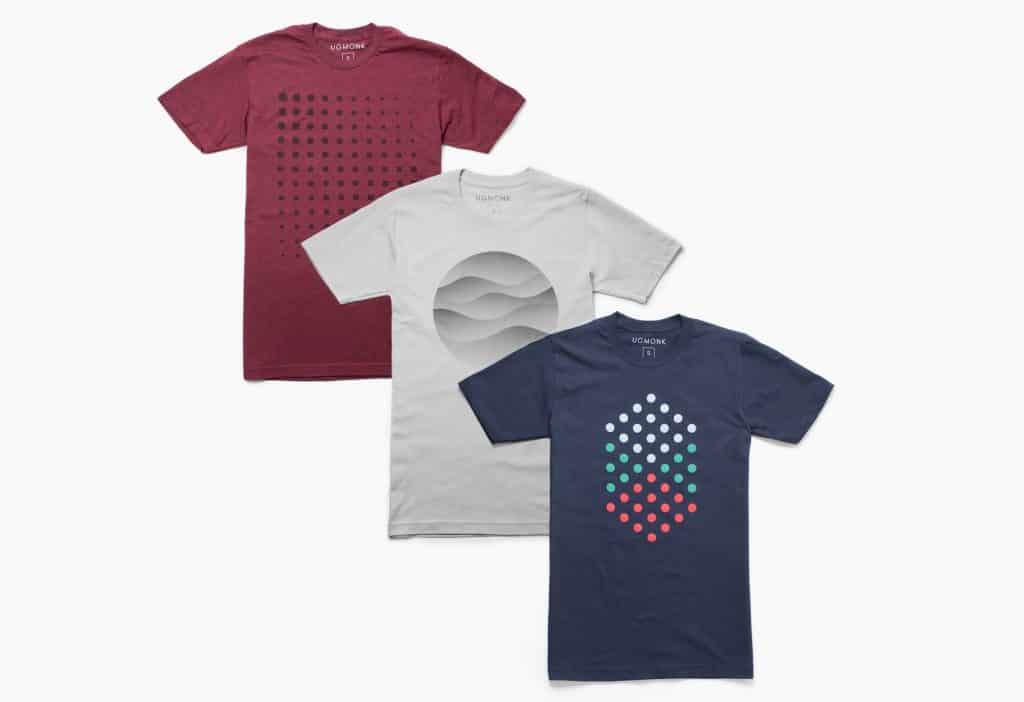 This design aesthetic, however, turned out to be something many people connected with, and as a result, his t-shirts received very positive responses when they were released in the market. The brand then quickly grew into a full-blown label and into a full-time business.

In the not so distant past, before social media became the main tool for digital marketing, blogs were the popular medium for brands to get exposure online. Sheldon utilised this platform and managed to get Ugmonk featured on several design and t-shirt blogs, which helped the brand get under the radar of consumers.

However, as much as other platforms were helpful, Ugmonk’s primary marketing strategy is still word-of-mouth, as Sheldon believes in “creating products that customers will like enough that they want to tell their friends about and come back for more.”

This has worked out for Ugmonk as the brand today ships thousands of products to over 60 different countries and already has plans to expand their product range.

‘Johnny Cupcakes’ was one of the many nicknames that co-workers at a record store gave to Johnny Earle, which stuck with him and eventually became the name of the now famous Johnny Cupcakes brand – a clothing label he founded.

The label started when Earle was making a t-shirt for a band that he used to play in and thought it would be fun to produce a couple of designs using his given nickname. He wore one of them to work after and his co-workers’ reactions surprised him – everyone wanted one.

Excited by their response, he started to make more Johnny Cupcakes t-shirts, expanding into designs that poked fun at pop culture by replacing iconic references with cupcakes.

Earle would then sell these t-shirts out of his trunk and out of his suitcase while he was on tour with his band. People all around the country came out to his little pop-ups to buy t-shirts from him. Orders piled up rapidly and this was when Earle took a leap of faith, he quit his job at the record store and left his band to pursue this business full-time. 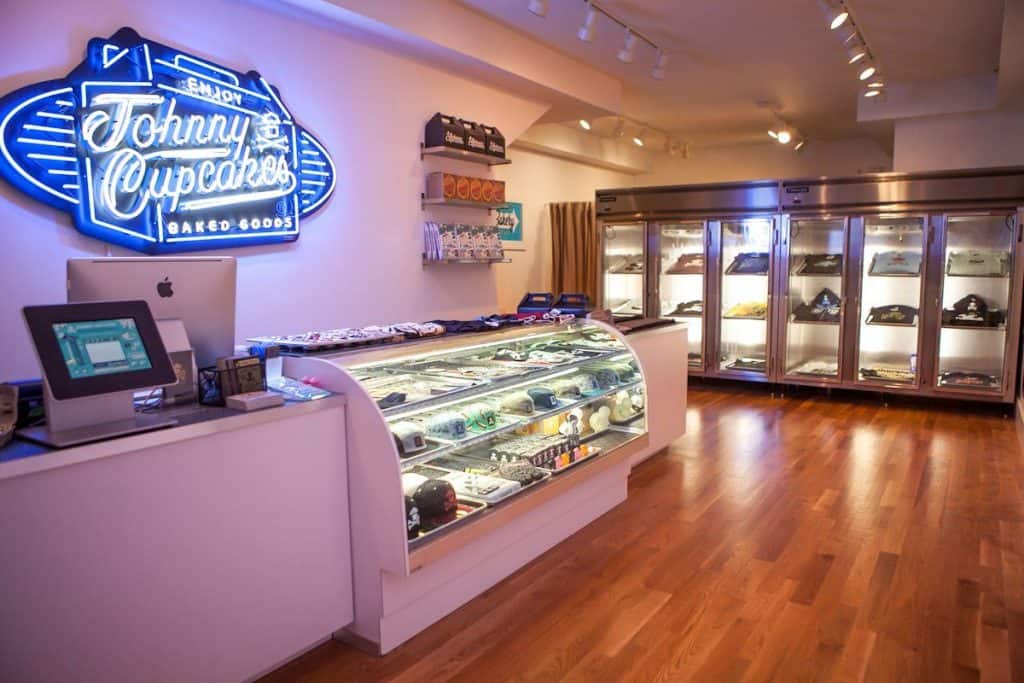 He set up an e-commerce site that catered to his increasing international orders and it wasn’t long after when he opened up his first retail store. The Johnny Cupcakes flagship store was built to look like an old-fashioned bakery shop – t-shirts were displayed in vintage, industrial refrigerators, pastry boxes were used for packaging and the scent of the shop even smelled like frosting. 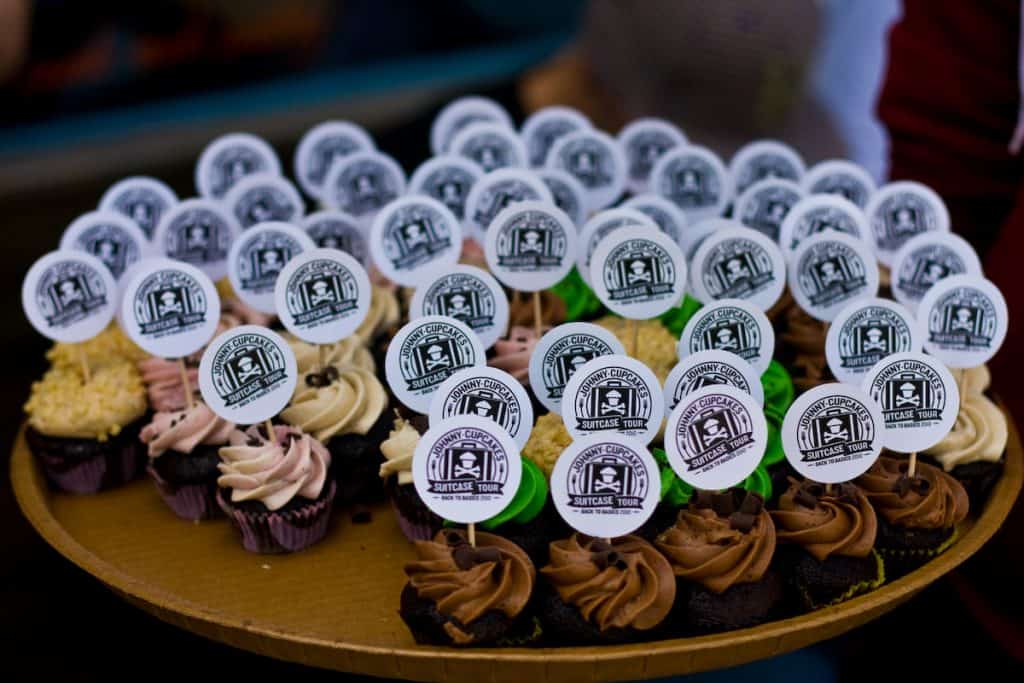 Johnny Earle has always been devoted to giving his customers a unique experience all whilst keeping Johnny Cupcakes’ branding consistent. As such, he spends most of his marketing/advertising budget on building and crafting these experiences meticulously, so that customers will walk away with a memorable time and naturally do the advertising for him.

With these unique experiences also came the attention from the press. Johnny Cupcakes has been featured in media such as Forbes, New York Times, Wall Street Journal, MTV and Bloomberg TV to name a few. Today, the brand is a household name within the streetwear industry and one that many look up to. 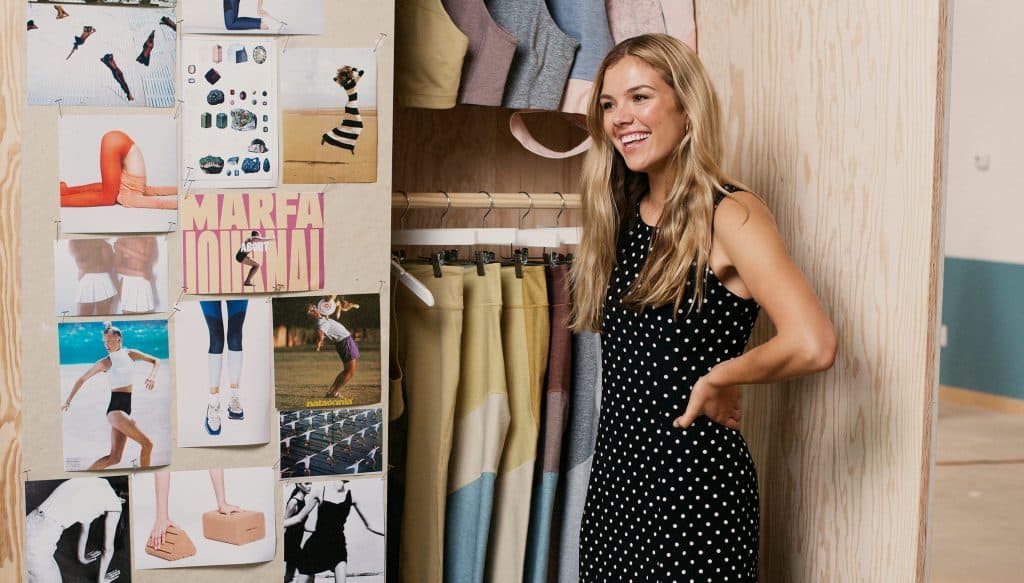 Since launching in January 2013, Outdoor Voices has grown from a collection of five samples and a few bolts of technical fabrics stored under founder Ty Haney’s bunk bed into a thriving e-commerce business with a brick-and-mortar retail presence in 10 cities, a staff of 115 people, more than $56.5 million in venture funding. 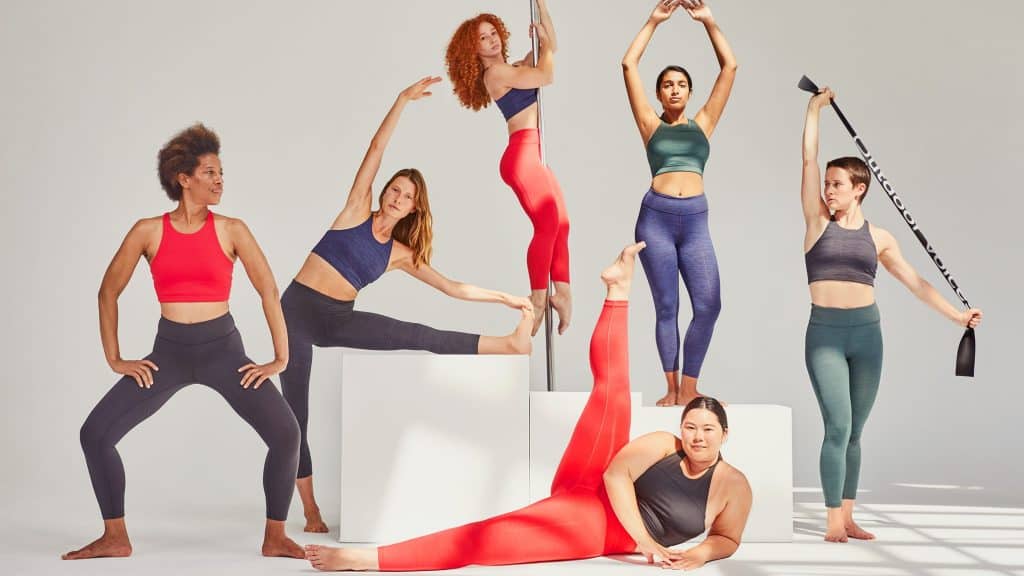 Outdoor Voices creates technical apparel that is designed for their customers to move and sweat in. Haney was bored of the clothing options available for her daily workouts that could inspire her to get out and be active. She wanted activewear that fit not only her active lifestyle but also her fashion sense.

While studying at Parson School of Design, Haney started looking at the different types of fabric that are typically used for activewear and found a mill that will provide her with the base materials. That lead to her creating her first products, a five-piece set of classically designed workout clothes.

She started working with with a factory outside Los Angeles that helped make the designs with the technical sportswear stitching and accommodated her small orders. By January 2014, she was working with several boutiques and was growing organically.

Haney got a breakthrough when a J Crew buyer spotted her brand in London and wanted to carry her products in J Crew’s “Discover” series of featured brand. She invested her personal savings to pull off the order for 11,000 units. 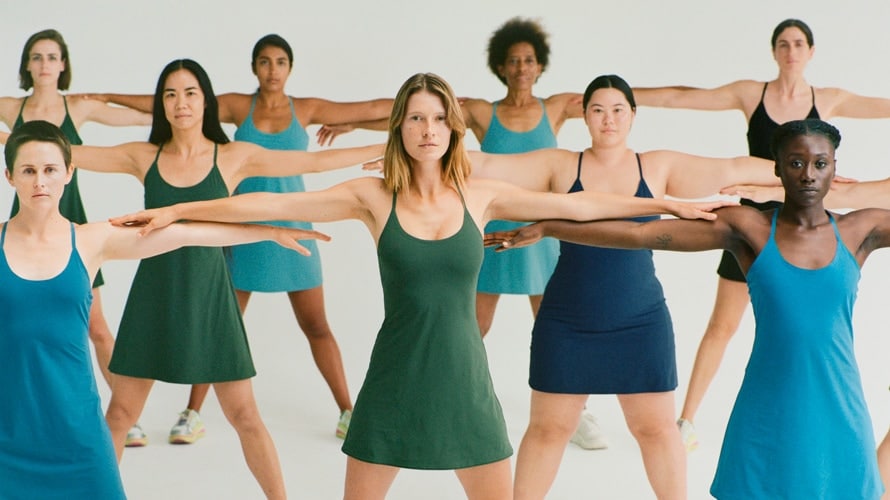 Riding on the press coverage of the collaboration, Haney started pitching to investors for funding and managed to raised several rounds of funding and moved to Austin to set up her headquarters.

By creating a product that bridges the gap between activewear and everyday fashion, Outdoor Voices has unlocked a burgeoning new market and solidified their place in it.

Differentiating their brand from other athleisure companies, marketing themselves as technical apparel, and building a cult following that preach their message of doing things, Outdoor Voices has disrupted not only athleisure, but the fashion industry as a whole.

Knowing how to start your own clothing brand doesn’t seem that daunting anymore once you find out a little more about how successful clothing brands began. Everyone starts somewhere. If you have a vision for your brand and understand how it can bring something new to the market, believe in it, put in the work and see it through.

We promise to only send good stuff.

Get blog updates sent to your inbox 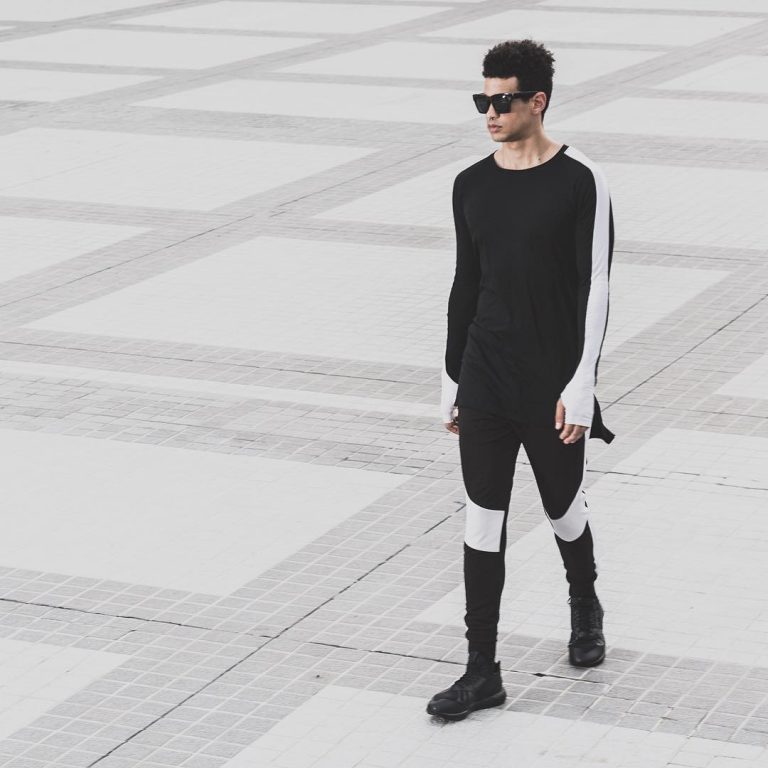 Interview – Styles From Beyond Clothing 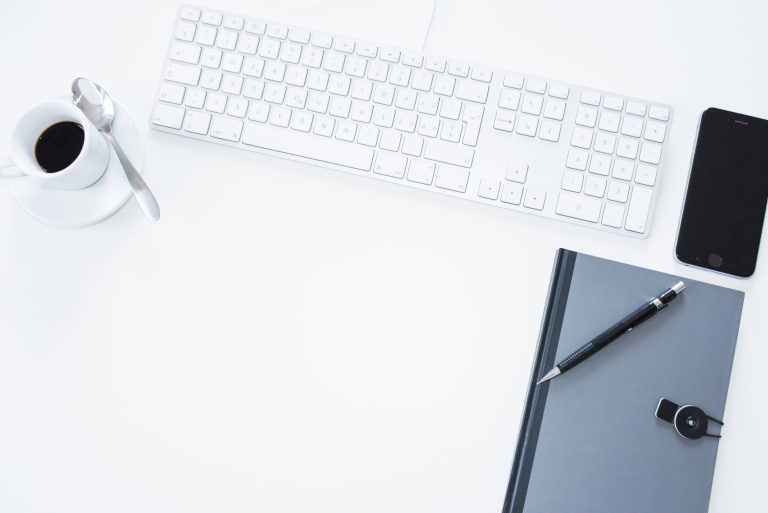 Starting A Clothing Line – The Basics 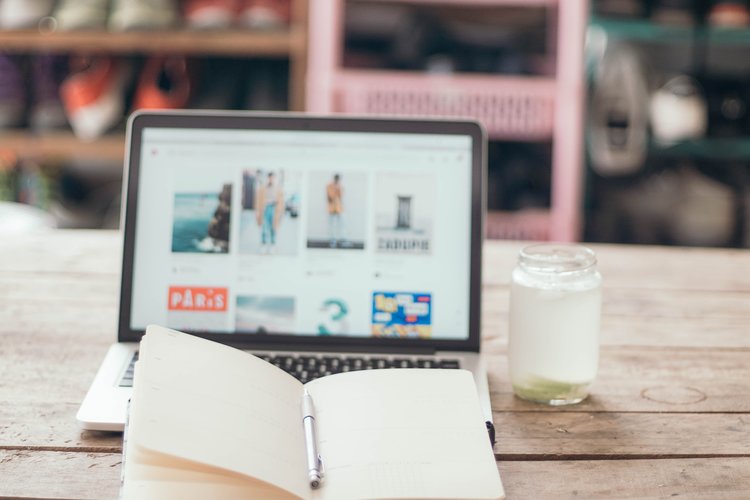 5 Successful Clothing Brands to Learn From

How Do I Grow My Clothing Brand? 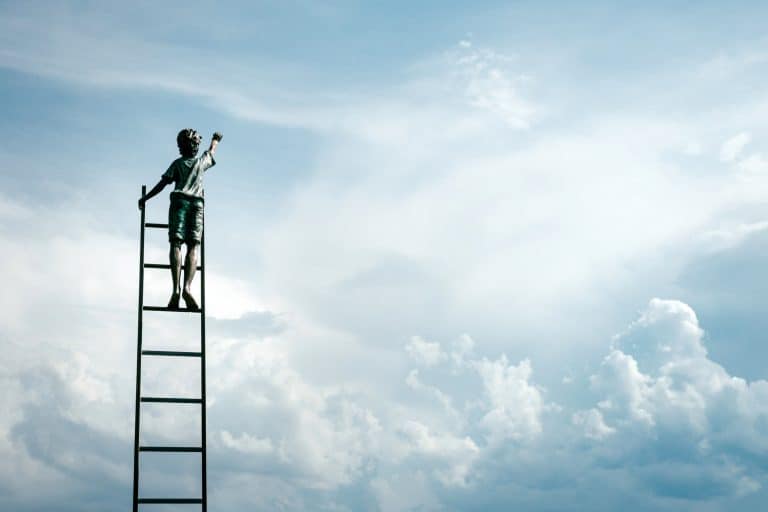 How Do I Grow My Clothing Brand?

Starting a brand is one thing, what about growing a brand? Do you know what is required to bring your brand to the next stage? 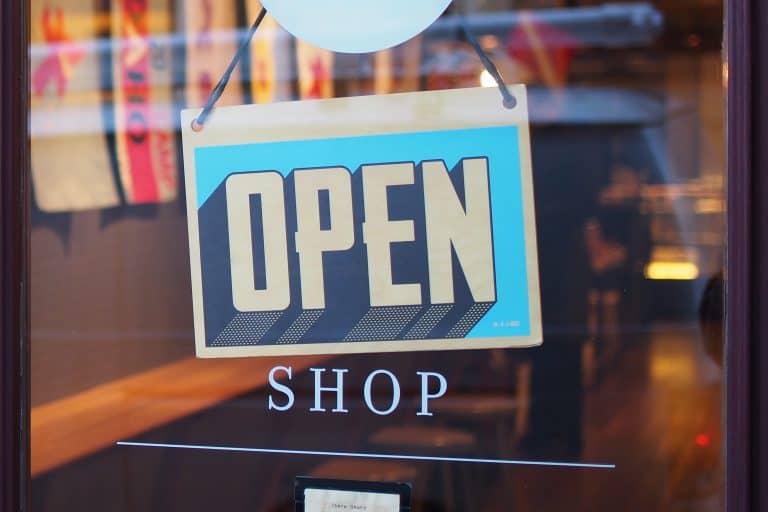 Should You Sell Your Products Online or Offline? We breakdown the pros & cons for you in this post. 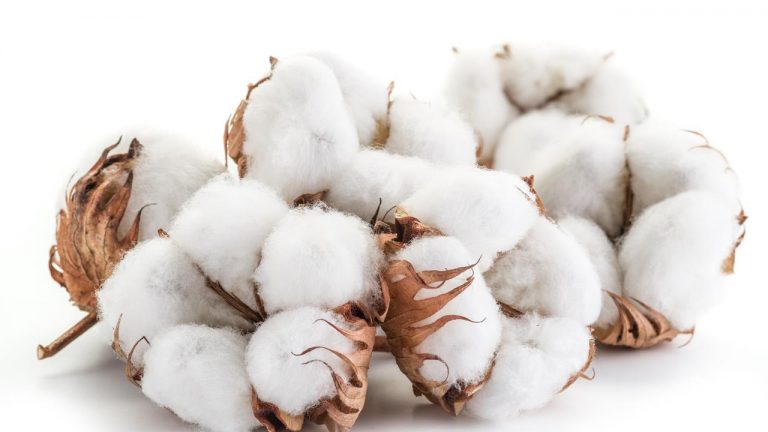 How To Choose The Right T-Shirt Fabric

Not all t-shirts are cut from the same cloth. Learn about the different types of fabrics used for t-shirts.

We use cookies to ensure that we give you the best experience on our website. If you continue to use this site we will assume that you are happy with it.OkPrivacy policy